Well as i write this, were experiencing the first of the autumn gales!! but it is October, and we've past the equinox without any wind and rain whatsoever, so i am not complaining. Took this video only two weeks ago, how its all changed since then!!

We were spoilt in September this year, a truly wonderful period of weather, in a truly strong nectar flow.  Alan took some honey from supers that remained on his hives after the previous summer harvest and extracted it. It was as I thought  ivy honey would be,  very course, quick to harden and very strongly scented with the rich smell of the ivy pollen. Not my cup of tea!
Alan fed most of it back to his bees, they have fortunately taken it up fortunately in time before it start to congeal. The pot he saved me has gone a dark cream to brown colour and has gone totally solid in 3 days!! 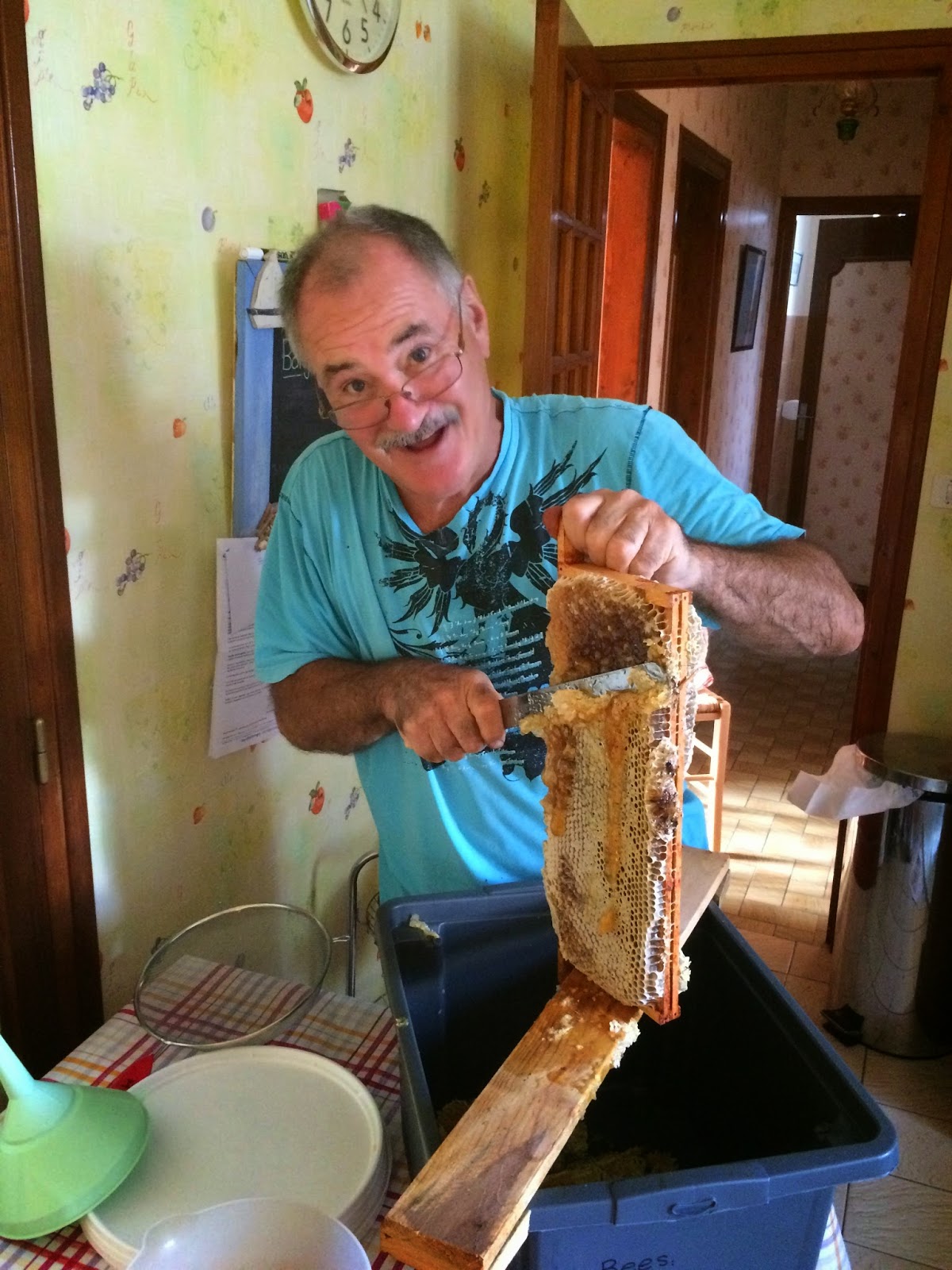 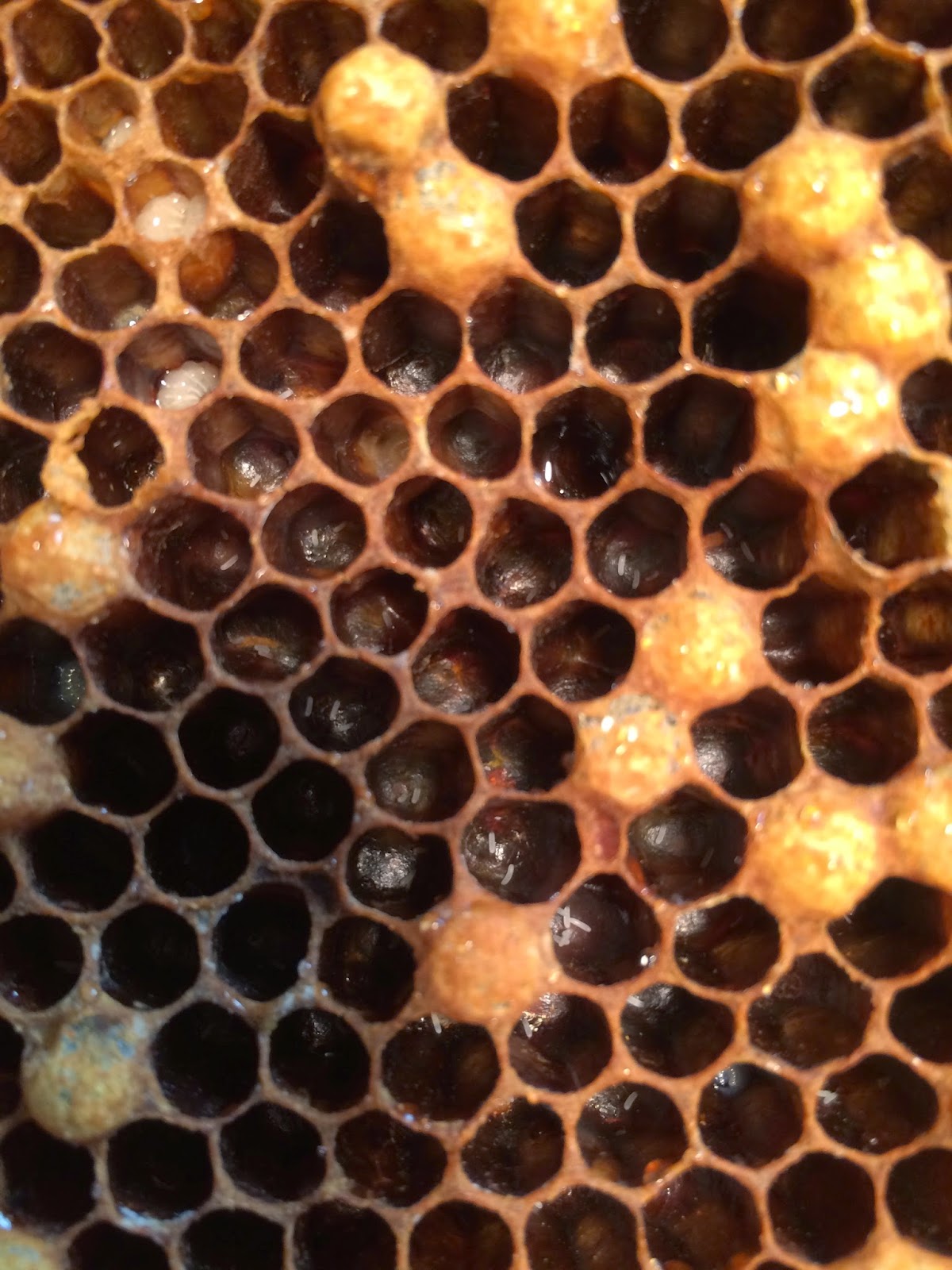 Sure sign of a drone laying workers  would be in  the above photo.  The presence of multiple eggs in each cell, uneven laying, drone cells in abundance and no visible presence of the queen are all sure signs that your colony is queen less.
Also the hive would be generally be in a mess, with much reduced foragers doing  a lot less work than adjacent hives. Always compare with other and see what the majority are doing at a certain time, this will help you identify a problem earlier!!

So, what are your options with the above problem!
well you can combine the colony with another one that is queen right, or just let the colony die off naturally if its already very diminished.  Sometimes theres no point in doing anything if the colony is full of drones and had very few workers. Even requeening is really a waste of time, unless you have extra brood to add to the colony, that will hatch out and assist the queen in restrengthening the colony.
Books talk about moving the colony to more than 200 meters away and shaking the contents out on to the floor, in an attempt to get rid of the laying workers. The idea is that the laying workers are not able to fly that well and they won't make their way back to the colony.
Personally i have just requeened and found that there has never been a problem. A new queen seems to stop the  workers laying by the presence of her pheromone or her ability to find them and kill them. I never see this as being a problem. 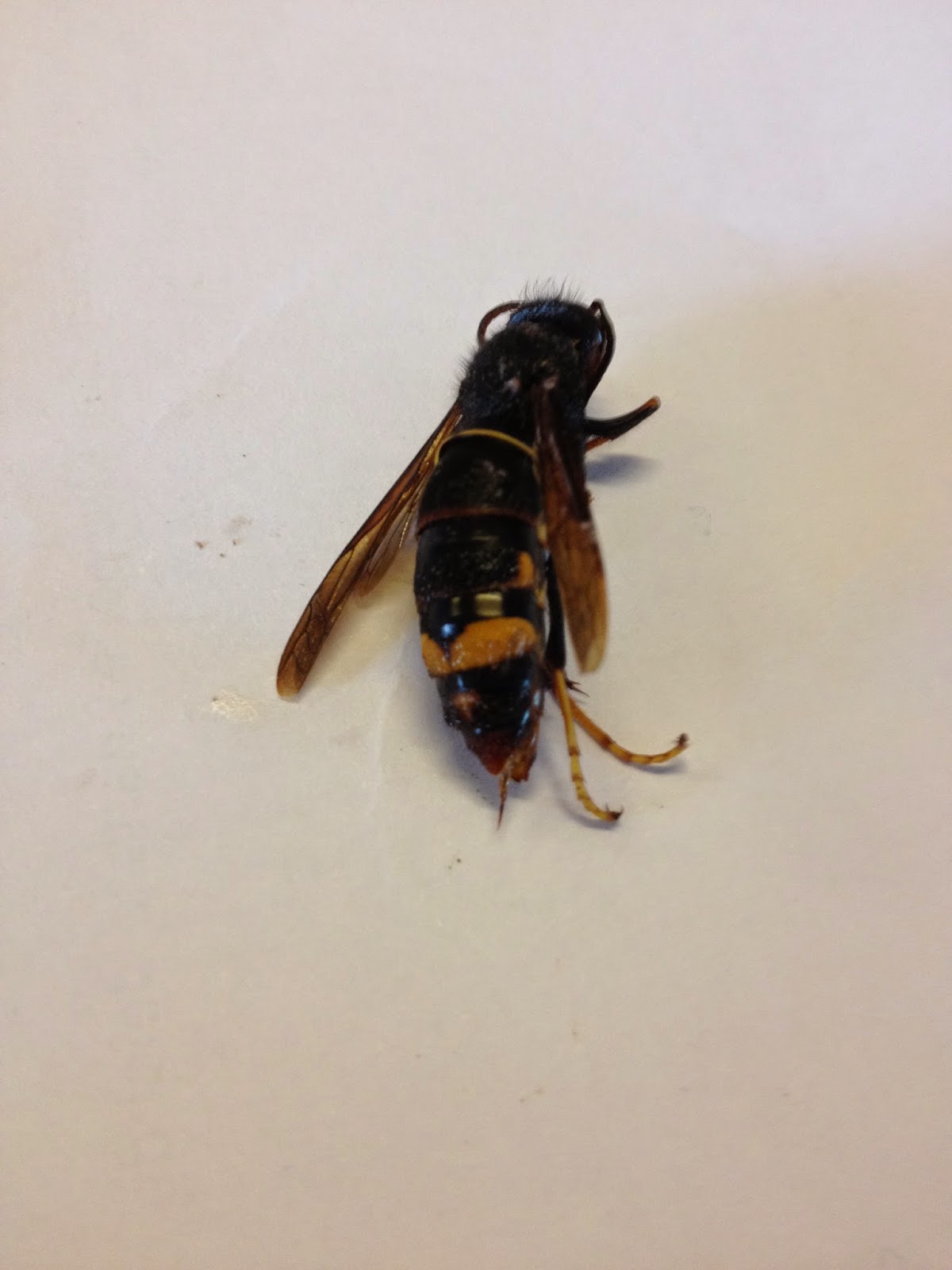 Hopefully a lot of their colonies will have been discovered and destroyed this year,  but its important for you to refill your hornet traps this time of year. Common hornets are a plenty, and are constantly taking some of our bee, but its of no real consequence,  as our bee numbers are very high this year and the hornets will soon be mating and dying off.  All the more reason to try and catch the queens of these colonies and you will be trapping next years queens that will forge new colonies.

We will have another chance to trap them next spring, when the success rate seems to be greater, however and asian queen trapped this year in one less!! There is going to be more and don't even thing there won't be, their a blasted nuisance, but saying that alone won't reduce their  numbers. careful watching in front of your hives next summer could easily lead you to determine the direction of the nest.  Once you've found it, always call a specialist, out bee suits just aren't up to the job!!
you will get multiple stings, and it hurts!! if you think a bee sting is bad, then thing again!!

So its just Varroa treatment and mouse guards for me, then my bees are fit for winter.
Time to get on with next years prep. Old hives to clean, Nucs to finish off and frames to put together. Theres always plenty to do!!