Well, its all nice and quiet, too quiet really. This weather has been a little too cold and wet for the last two weeks now. We have had more rain which is good but were missng the heat. No bees around any swarm traps and a few swarms emerging from managed hives at the glimse of a bit of sunshine, clasially typical of this kind of weather!! Theres enough food around but not a huge flow, a sort of calmer period or "Mini Dearth" before the big nectar  flow starts. 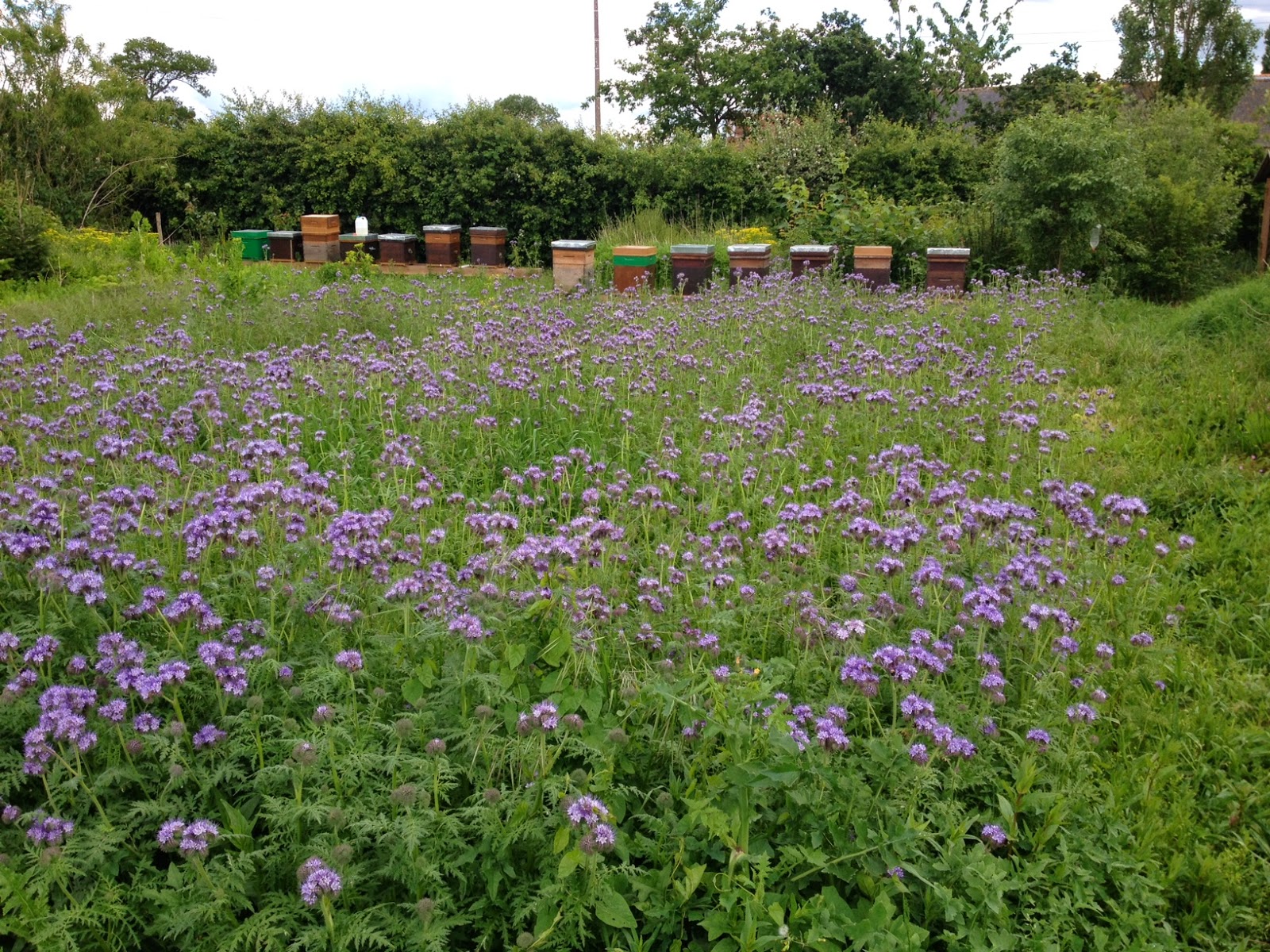 Phacellia begining to flower, giving purple polen in the frames!
After all my artificial swarms were created , with the valued help of my good friend Alan, most of  my hives ( 10 framed hives)  have returned to the home apiary about 400 meters from their original location. Lots of forraging bees thus returning home, to find queen gone and a hugely reduced colony.
I looked through all the reciever nucs last saturday and was pleasantly suprised to find at least 9 of the 13 seem to be queen right. There is the possibility that there could be another one of these may be qeenright but its often difficult to be sure until that queen has begun to lay eggs. So overall I am very happy with these results despite the crappy weather for the nuptual flights, we have laying queens in over 75% of nucs, so thats very encouraging>
I will be doing another load of artificial swarming at the end of the main nectar flow arond the second week of july. this should produce the best queens of the year, when the weather should allow longer mating flights, with more mature males around. 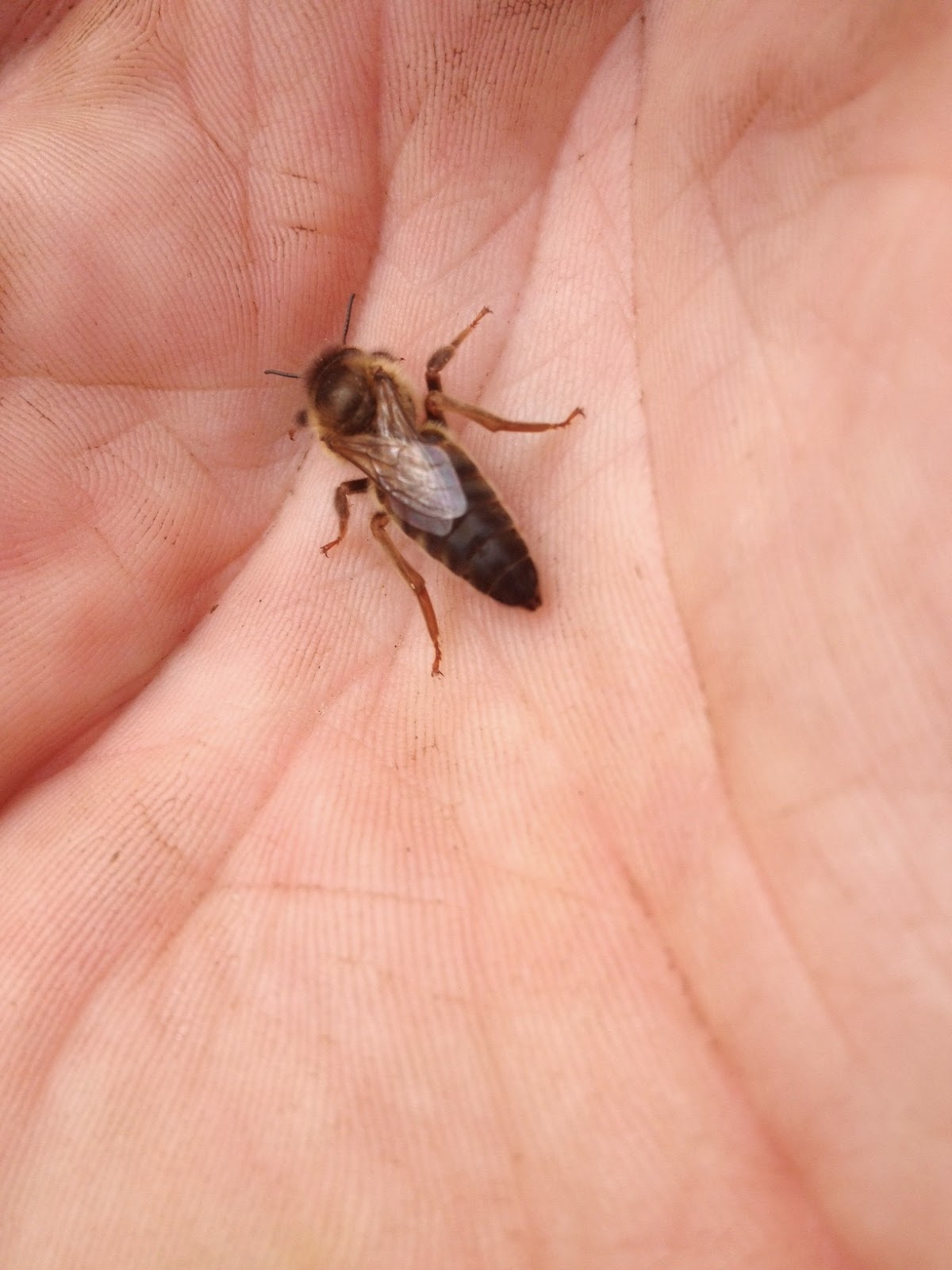 I had a couple of swarms from my apiary, but none of them huge. one was from a Nuc that was full of bees, out comes first queen and decided the shes good to leave, well stocked with aditonal unopened queen cells, so thats now a good laying colony. 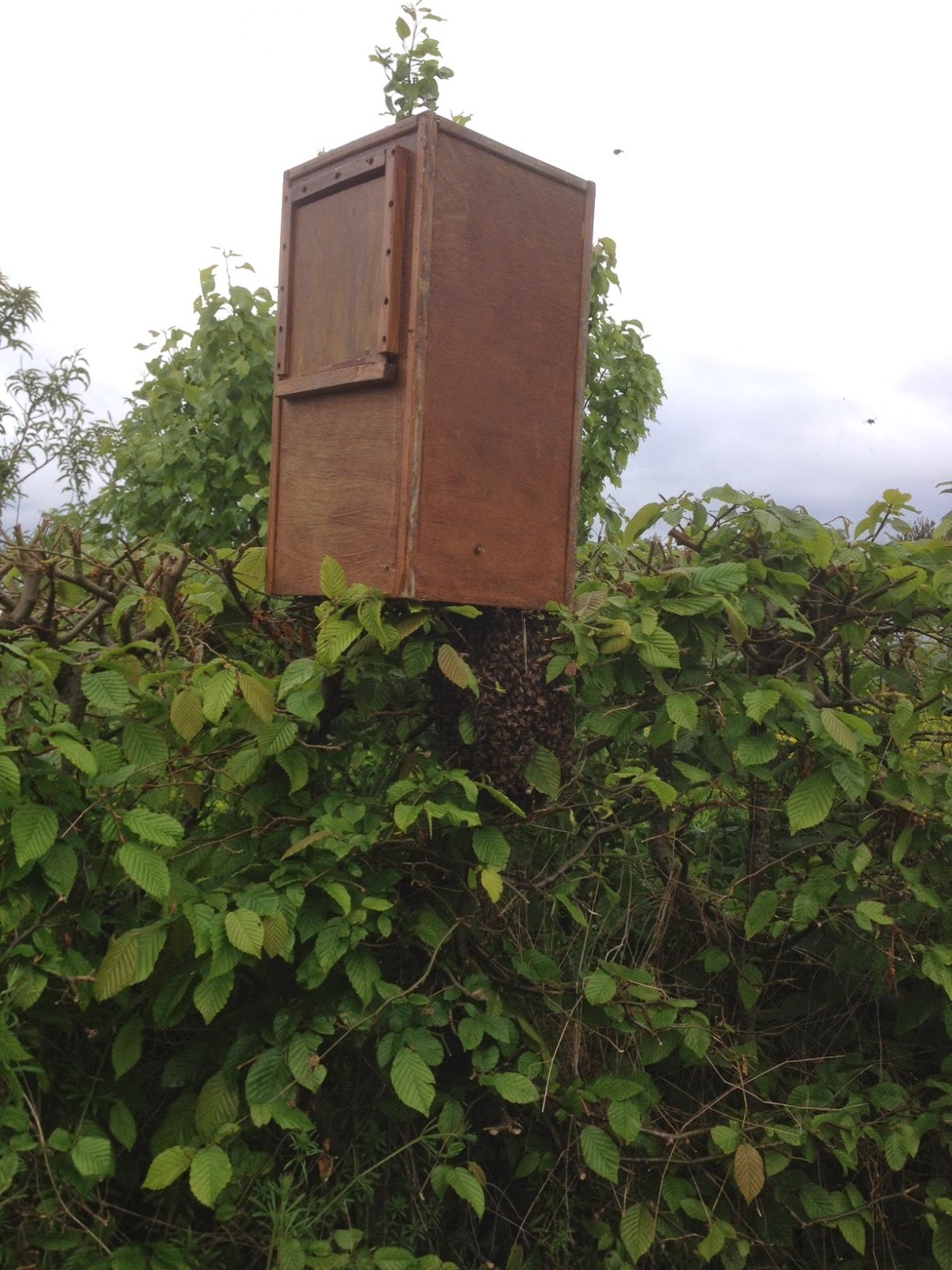 Second larger swarm that i have risked putting straight in to a large 10 framed hive. This was a little more of a difficult  extraction, as most of the colony was within the hedge, but I did the old box trick and they were soon on their way!
All hives going to be moved to the summer forraging ground next week. The chestnut trees are begining to show the first few flower stalks. flowering in about another 3 weeks!
I will be double supering straight away to give that queen lots of room in the hive and hope reduce the risk of swarming just at the critical time in the necta calender. bring it on!!
have you ever heard of the 7p`s..... Perfect Planning and Preparation Prevents Piss Poor Perormance!!
Enjoy!
Posted by Richard Noel at 11:59 PM