So things are progressing well.
The new 100 hives are being painted up and we've nearly finished making the roofs. Just tons of work but all completely necessary
I had a brief pause to  reflect on last years queen rearing and have put together a little video to summarise the queen rearing process. A nice reminder of how lovely and enjoyable it is to be able to raise your own queens, successfully.


Treatment with Vaporised Oxalic Acid this week, tin all hives! Much easier to control when you have little or no brood for mites to live under. 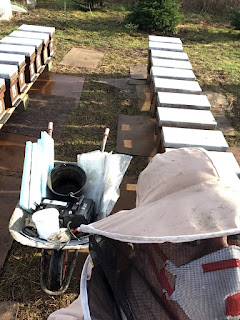 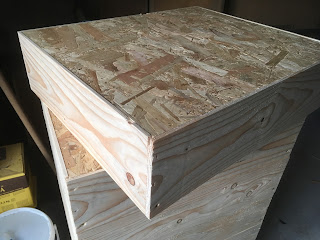 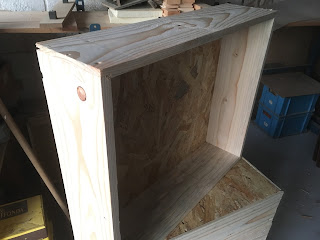 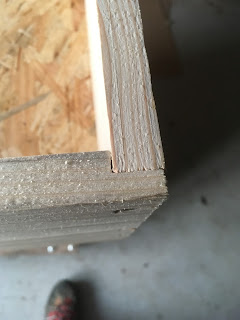 Then the 2 coats of paint!! 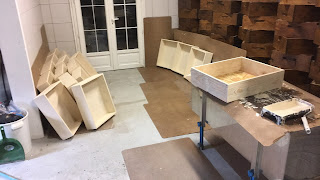 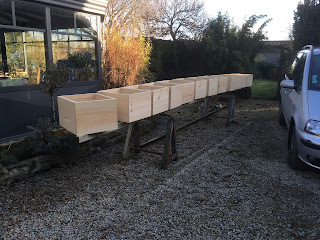 Painting, does it ever end! 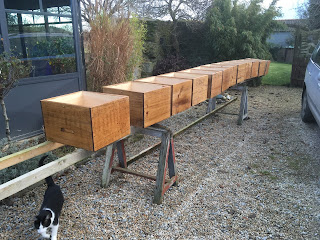 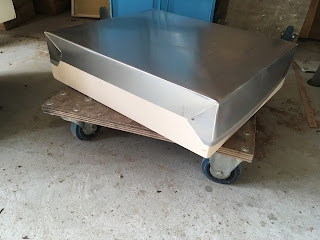 New roofs after the paint are covered with lightweight metal sheets` 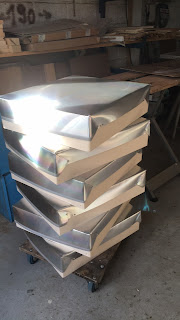 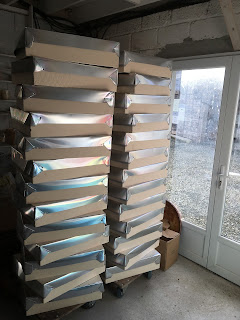 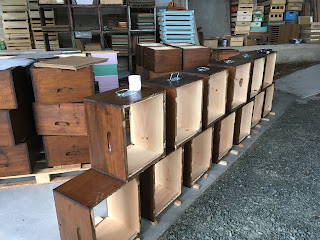 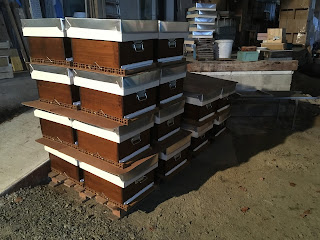 There assembled hives, going in storage for a couple of months before they will be needed. Storage space is of a premium. 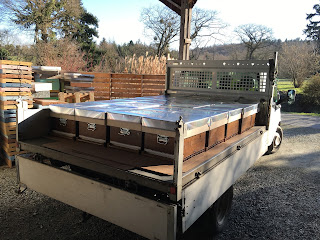 A little feeding of Candy or balkers fondant, put on top of a lightening hive is a good insurance against starvation. In Nucleus colonies, the queens are young and strong, with population sometimes large. this time of year is the most critical, when bees start brood rearing, against their stores. Sometimes their storers just run out and the colony collapses. Fondant will usually be the best insurance as its too cold for a liquid feed!

a poly eke  candy placed over the hole cut in to the plastic. 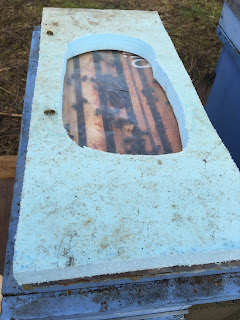 Nearly finished wth hive preparation, then were moving on to some Mini-Plus frame production.
Spring is nearly around the corner!! we've had a good cold spell and temperatures down to Minus 7, so the bees are good and in good shape!!  Pollen starting to come in! a very good sign!