From nothing to Queens, Swarms and Honey in 3 weeks.

Where does one start!

Well, its been pretty busy over the last 3 weeks.  First it was the black thorn, then oil seed rape started,  now its the Cherrys, Acers and the wild Broom, together with the start of the Hawthorn, its an amazingly strong spring.
So why are our  Colonies so strong this year : this is my theory.

Autumn 2014 was amazing. Colonies went in to the winter with huge stores of Ivy honey!
Between January  and the end of February it was cold, not bitterly cold  and bees were quiet and didn't work hard over the winter, therefore they live longer.
In early march, we had healthy bees that lived a long time and were able do lots of work for the colonies before they died later. So the colonies were very strong this year in time for the nectar flow when it came.  It was certainly strong. We had good foraging weather for nearly 3 weeks  and its still not over yet as the cherries are just finishing and now the apples are just in to full bloom.

If it was still warm, then you could say that we probably would have another full super on our hives. but its not and soon will be the ned of the spring flow. Afterwards theres still flowers but no real nectar until the formidable chestnut trees start their month long show and exude the best golden honey one can buy! but thats all still to come.
I will be starting my harvest this weekend, as spring honey crystallised very quickly, we have 2 weeks to harvest or risk it setting beyond extraction. harvesting twice, once with the honey collected first, which is found in the first supers I added. when I added a second I always elevate the first super above the new one, leaving shorter distances for receiver bees to travel.
I will do a second harvest in another week for the remainder, depending on how thick and viscous the first lot is!!


So due to the weather being so good and drones appearing a few weeks earlier I went for my first run of queens.
I used the Michael Palmer 10 + 10 method. The results are pretty impressive considering its still early spring and my grafting skills aren't that good.
I did the graft 2 days earlier than I would have liked but the forecast was bad for the next day.
I needed to go in to the hive, make it queenless, and turn the original bottom brood box part of the  hive around, to face the other way and put the top section I had added the brood too, back on a new base, make sure it queen less, cut out any queen cells. leave it for a few hours "hopelessly queenless", then add the graft.


So 8 days before, I harvest 8 frames of brood from my nucleus colonies, not from my production colonies. I put them in a  standard  brood box, above a queen excluder, above an already strong colony, that I first checked for swarm cells.

I leave it for 7 to 8 days for the brood to hatch and lift off the hatched brood and put to one side.
Then I put a new base down on the place of the existing colony, that you've just turned around to face the other way. Put on the base a partially filled super of uncapped honey. This helps insulate the bees against cold and also creates a flow in the hive, as bees dont like honey below the super and move it up, thus creating a flow!!
Then  put on the brood box of hatched brood above the super and check through the 8 frames for queen cells. There usually is a lot, because when you elevate brood above an excluder you usually get queens cells but no fresh eggs as the queen hasn't been abe to lay in there!! this is key!!)
These Queen Cells must be ALL cut out, so you dont get any of these hatching before yours do!! if this happens, one queen hatched will more than likely destroy all your  other queen cells.
Then you need to go through them all again and check for a second time, shaking off bees in to the same brood box, as you go, to ensure theres no queen cell hiding in a depression.

When thats done, using a shaker box add extra nurse bees, shaken through a queen excluded box (from the core of the existing hive you have just moved to one side), leaving just enough to cover brood in the remaining moved colony.

NO queen can  end up in the colony before the graft is added.

The colony is now hopelessly queenless.   No Queen, and No way of making a new one as theres no eggs available, less than 3 days old.

Leave the bees for a few hours so they all realise their hopelessly queenless.

Later that day, insert the graft. The bees will jump on the graft and quiet dow, they have their queen, their saved.

5 days later when the grafts are sealed, lift off the brood box with the grafts, reinstated the old colony back in its place and then put the cells and brood box back on top, but ABOVE A QUEEN EXCLUDER!!

For the next 5 days the queen cells can mature. Harvest at the end of the 5 days and use in Mating nucs, nucleus colonies made at least the day before or in top of a hive, in the supers, in a flow, where the queen should supersede an old queen if necessary.

Very happy with this for April Other trees in flower are : 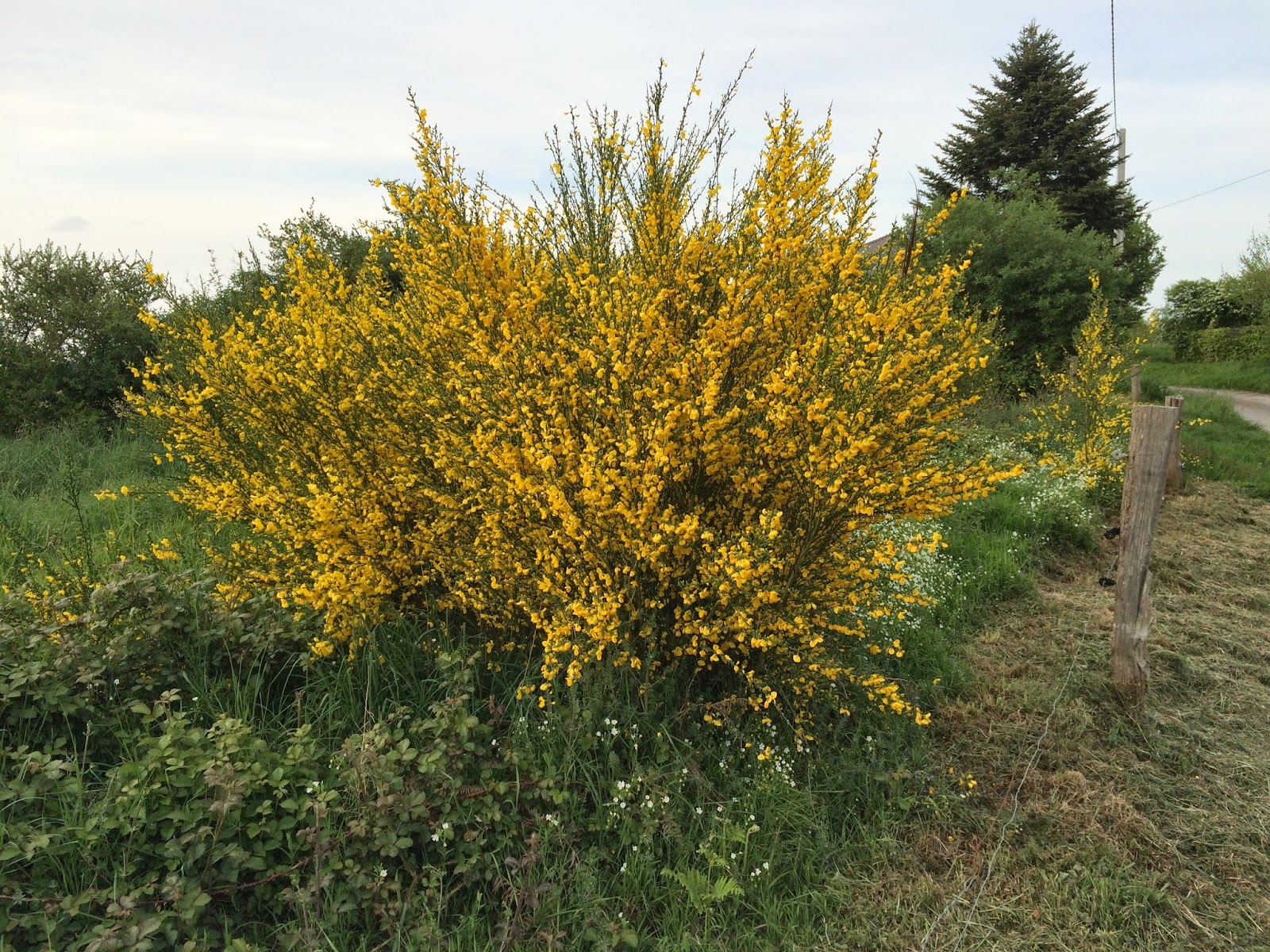 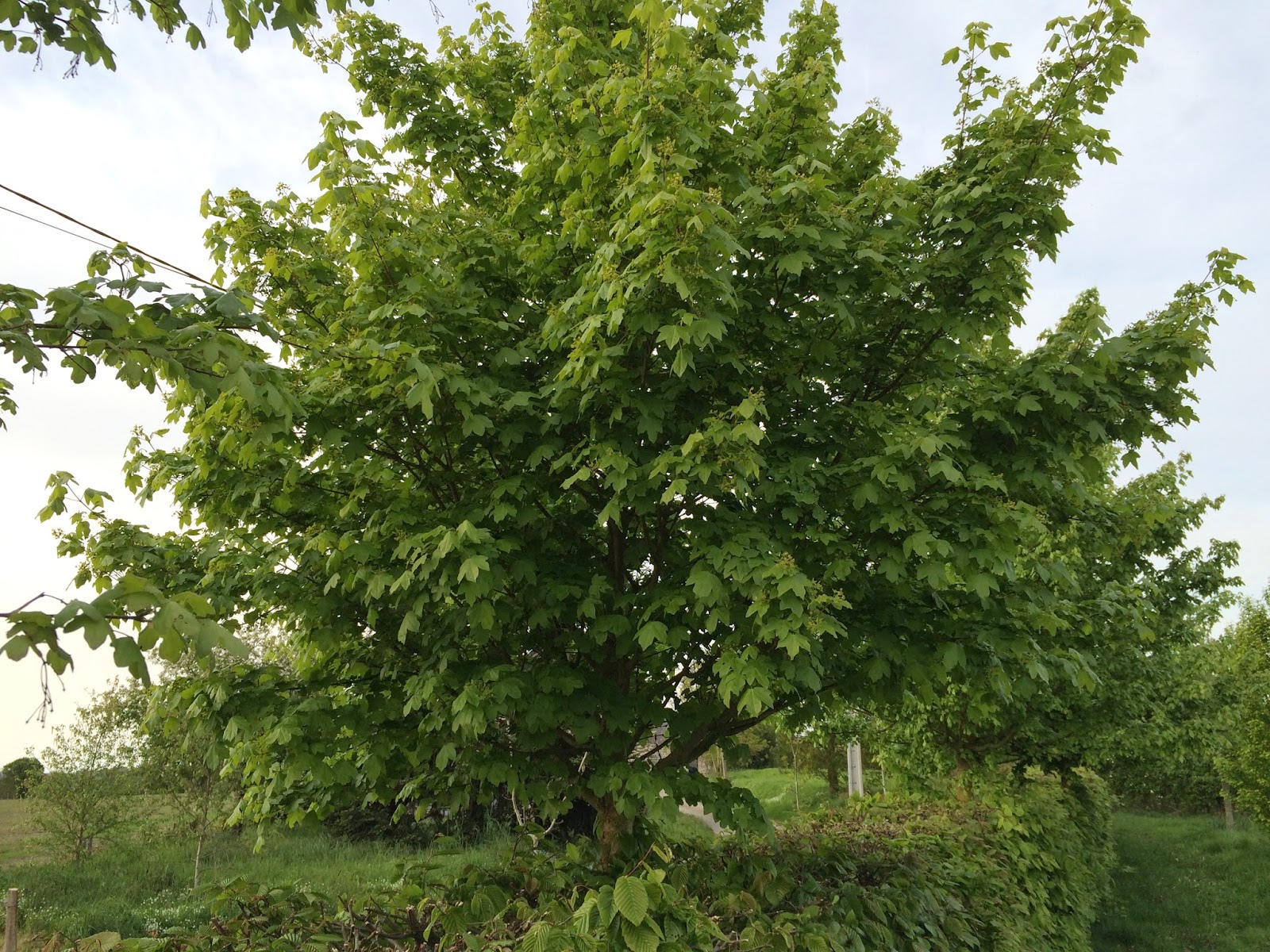 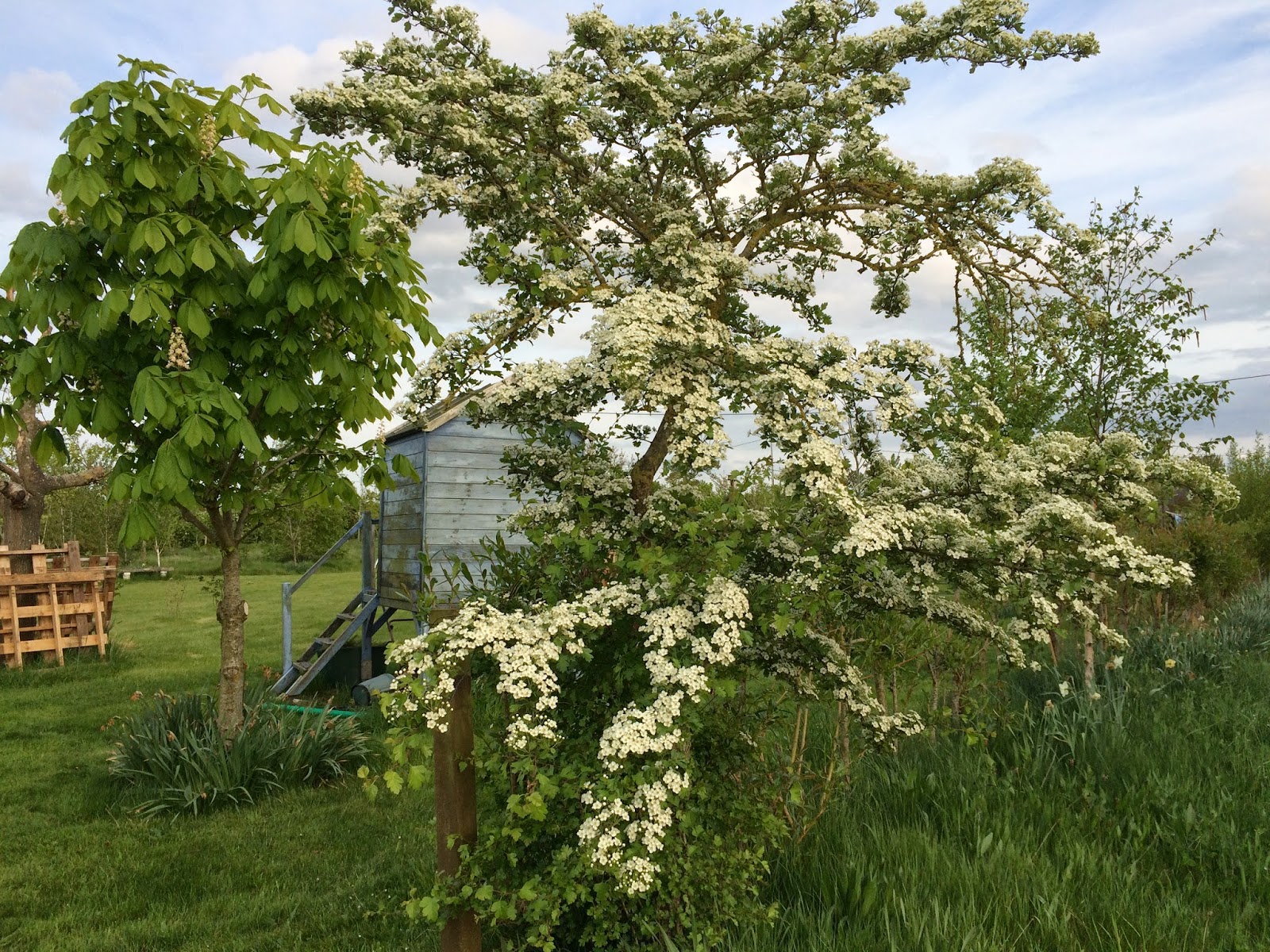 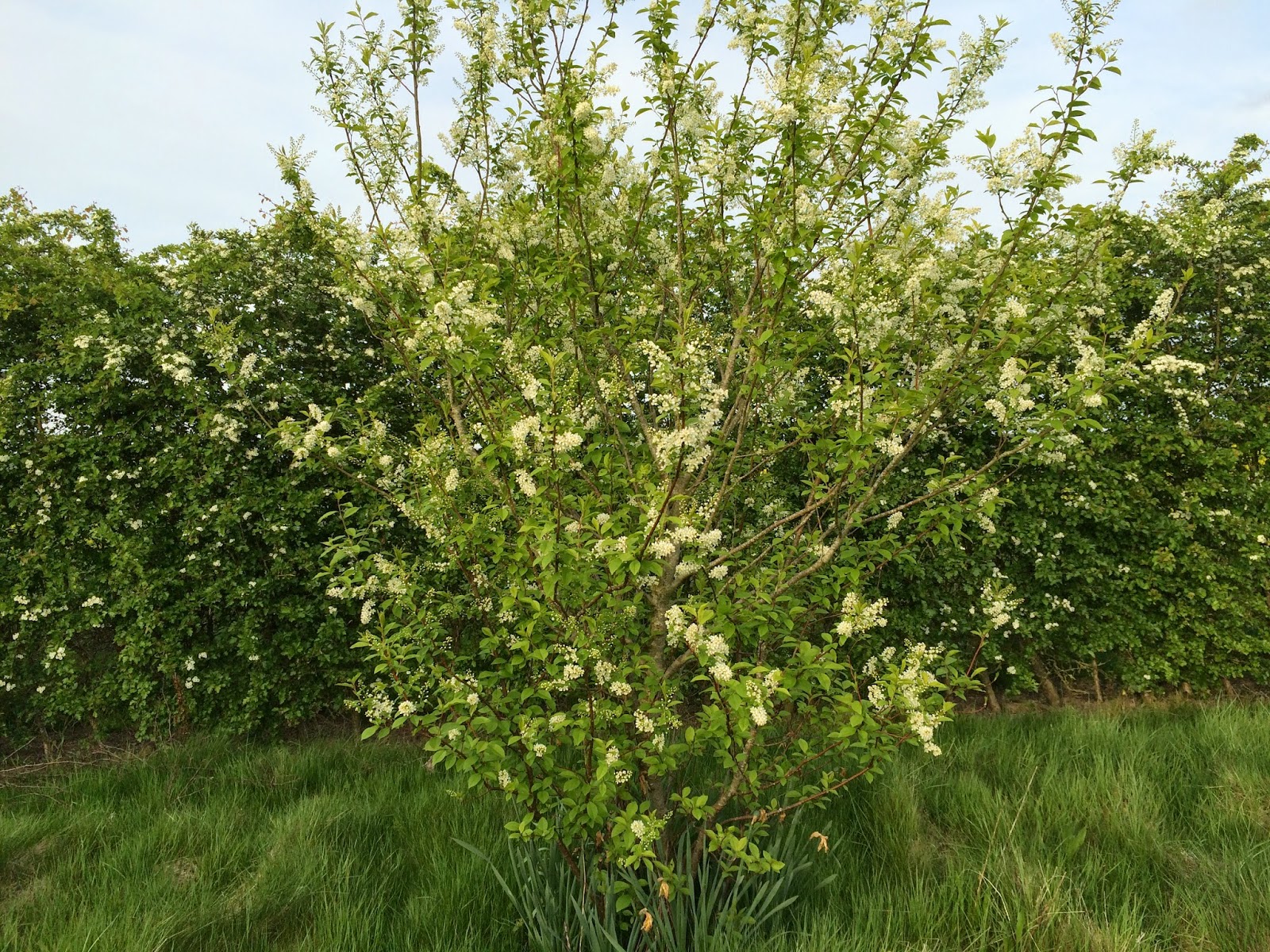 What a lovely start to the beekeeping year. Honey in the supers, minimal swarming and queen cells to  use, made under the most ideal conditions!! Long may it continue.