Theres not much left for our bees now.  Close to my apiaries i have a nice field of phacelia in flower. I took this short video as it was such a lovely sight!! 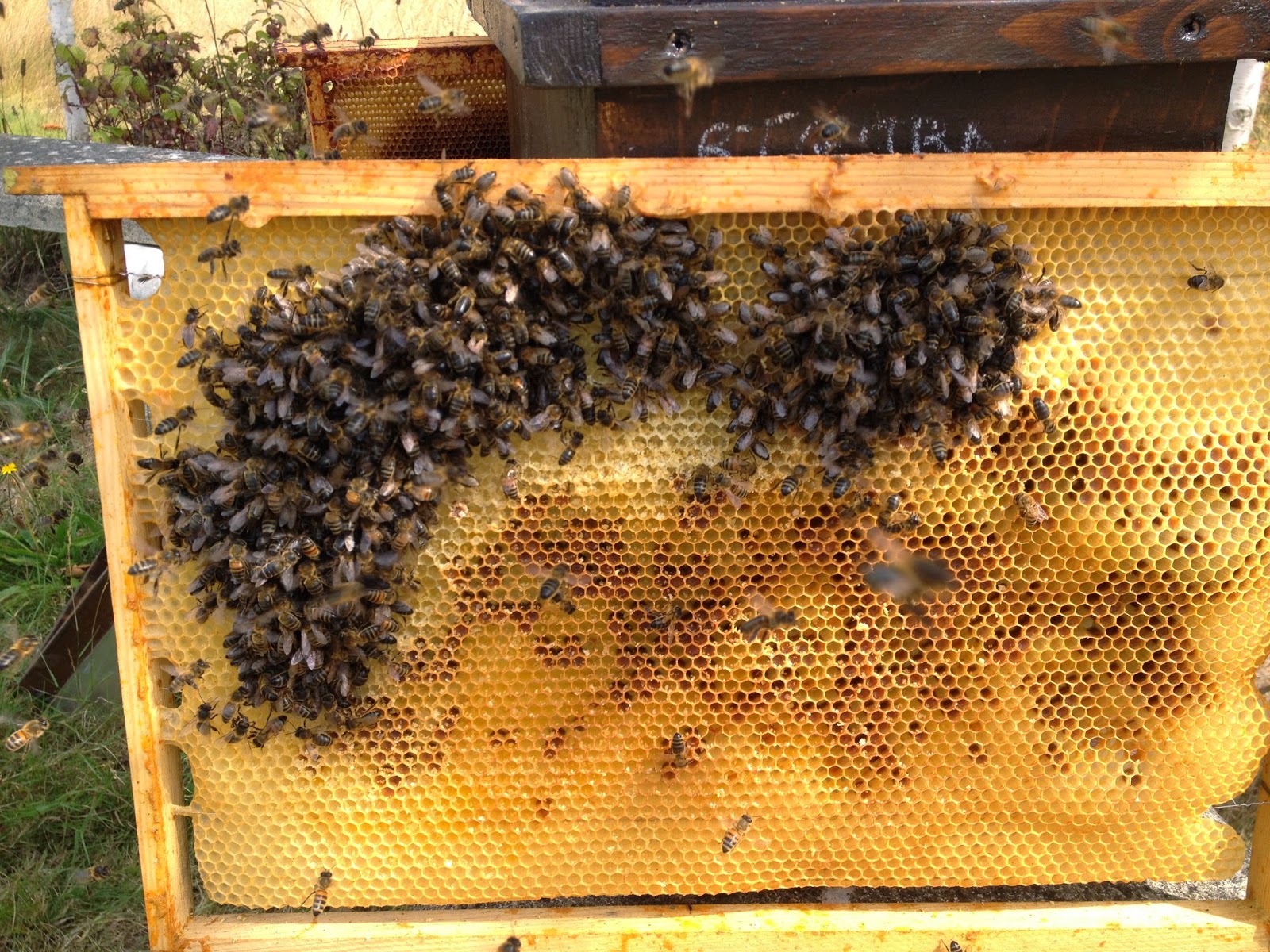 This is a frame taken from a hive combination. It contained  some honey and was completely cleaned out in under 4 hours. just incredible!!

Queen mating
Reading up on the subject, summer mating is always a better option. The quality of ripe drones is at its highest, as too is the number of drones.
Queens are known to fly to  certain areas where drones congregate in warm summer afternoons.  This gives a much better genetic diversification,  rather than early spring mating, where a queen might have to settle with whats in the apiary. This for me isn't a real problem, as i keep a good selection of swarms, trapped over about a 50 kilometre radius so I can't see this ever being a problem but the summer gives a better product by far.
This year I had a colony that became queen less very early in April. Remarkably a new queen took over but only laid for a few weeks, badly mated i assume. The new one that took over from her is a much stronger and better layer, uniform brood in clear patterns. What we all want in our hives.


End of the swarm season

So with the dearth setting in its also the end of the swarming season. Time to collect back in the traps, sort out the frames, clean them, remove wax moth and put them away for the winter. 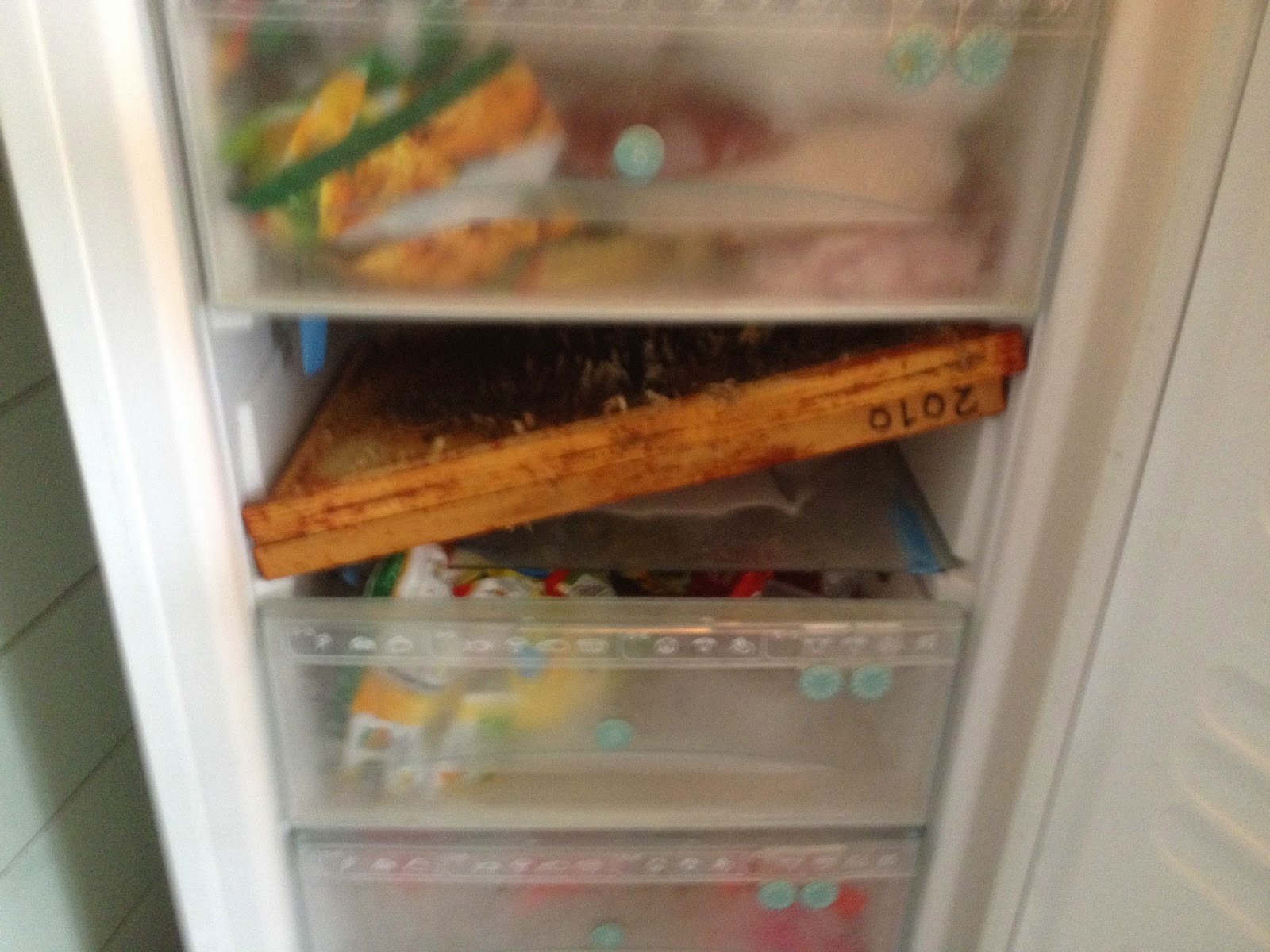 Frames in the deep freeze, easy when your divorced!!!!!!


To leave your traps out is just sheer folly. With the previous mild winters we have endured, wax moth numbers seem to be up. To combat this problem I remove all the frames from each trap and freeze them down to  minus 16. This kills off most of the larvae and eggs. Then the hive is scorched with a blowtorch and the frames are replaced, the front of the hive sealed off and the hive stored back in the shed for another year.

As I have a good number of colonies in nucs, I have been utilising the resources I have and have been swapping colonies in well propolised nuc boxes, to nuc boxes that are newer, in an attempt to get them more acceptable for next year.

I transfered 7 last night and it gave me the opportunity to mark some of the queens and assess for winter stores, amongst other things. Thats the next thing on the horizon, starting to plan for next year. not nice but thats the reality of beekeeping.